Early December 2015 saw an ABA International event held this time near London - Great Britain. Co-hosted by Crawley Borough Council and supported by County Tree Surgeons the event was a great success. Over 30 participants were involved in a variety of skills activities during the 5 day event. This included training in International/European chainsaw techniques ICC/ECC levels 1-3, Emergency First Aid, the two new International/European Arborist qualifications, use of a mobile elevating work platform and assessor workshops. By the end of a very busy week a total of 60 skills assessments had been undertaken during the event, a number of these were carried out by the newly approved ABA assessors under supervision to a very high standard. Further assessor training events will take place throughout 2016. 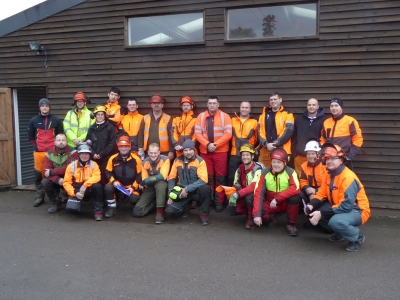 The next ABA International assessor training events currently confirmed are as follows: 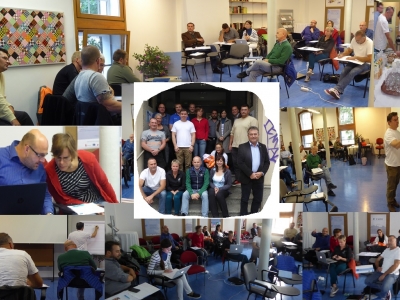 Following the last 'Train the Trainer' event successfully held in Romania the Vet-Safety project team & ABA partners recently met in Czech Republic. A large number of skills instructors from around Europe participated in a very intense week of activities which included training & assessment of chainsaw levels 1,2 & 3 and the new arborist levels 1 & 2 which were undertaken well ahead of the project timescale.

Not all instructors were initially successful but they commented positively on the high quality of the new International/European chainsaw standards and look forward to the opportunity to successfully complete the assessments at the next event planned to be held in the UK during December. Further information on this event can be obtained by contacting the Secretariat. 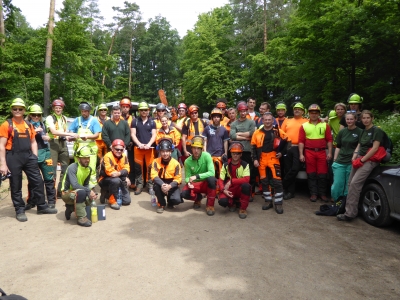 During March, ABA International skills experts in association with the University of Transylvania hosted a training event mainly outdoors in the beautiful mountains of Romania which included a visit to the famous Bran Castle during the week. Demonstrations and live assessments provided the international instructors present an opportunity to familiarise with the minimum ABA standards for chainsaw operators. Many instructors undertook the assessment for the International/European Chainsaw Certificate ICC?ECC Level 1 and successful candidates were provided with instructional techniques training in Level 2. The next international skills instructor training event will take place in Czech Republic in June 2015 and will focus on technical skills required for both chainsaw operators and arborists. 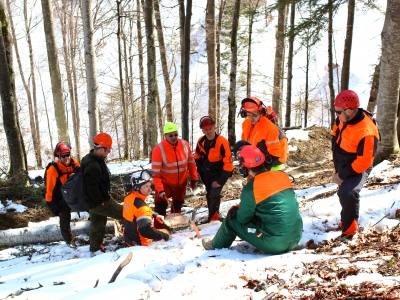 Esther commented 'I think the international ID system is a great idea as it means arborists can easily show employers, customers and contractors their qualifications electronically without having to use a paper system which can easily be lost. It is also good for employers to be able to quickly look an arborist up online. It's great to see the industry developing and moving forward with a lot of hard work from ABA, and the digital ID system is a great way of showing that the arboricultural world is continuing to develop'. 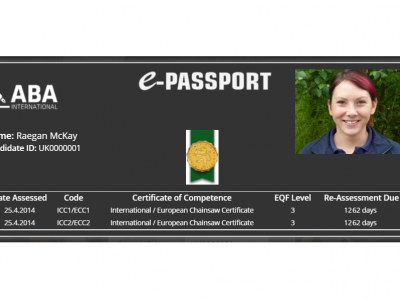 During December 2014, ABA International members supported & participated in a new European skills training and safety initiative with a large group of partners from around Europe. The VET-SAFETY project was officially launched in Czech Republic following an earlier preliminary meeting held in Denmark. The project is funded by the European Commission as part of the Erasmus + programme and is aimed at the vocational education & training sector. ABA International will continue to promote & support this exciting new initiative as it develops over the next few years. Common key objectives include:

Around 25 skills instructors from various countries attended the first project training event hosted by the University of Mendel in Brno and made early progress towards achieving the objectives. The next instructor training & certification event will be held in Romania during March. 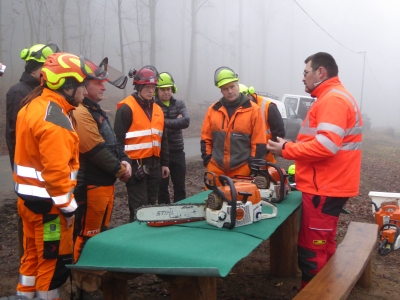