The ABA International Workshop & Meeting recently hosted by Skovskolen of the University of Copenhagen proved to be another very successful & productive event. The meeting was attended by VET organisations & over 35 representatives from 15 different countries. Following elections the Examination Body has now been expanded to include new and experienced members from Sweden, Italy, Spain, Slovakia & Romania. Other achievements in brief include:

ABA International continues to successfully develop and all VET organisations & interested individuals are welcome to participate. 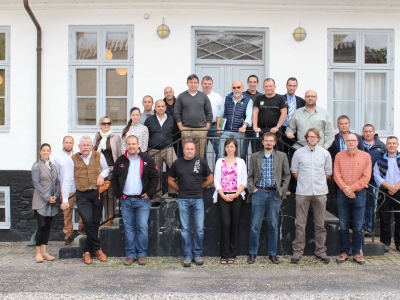 The first candidates from Croatia and Slovenia following training courses recently delivered in Czech Republic with independent examination have successfully achieved ABA International accredited certification. Congratulations to all the candidates in achieving the International/European Chainsaw Certificate levels - ICC/ECC 1 & 2 and to those who also achieved the European LOLER Equipment Inspection Certificate.

The candidates can now demonstrate & validate their skills certification quickly & easily at any time via the online skills register alongside over 400 registered successful skilled operators from various countries.

International chainsaw standards (ICS/ECS) have been continuously developed since the successful Leonardo European funded project completed in 2011. Supported & launched by ABA International during 2012 the new & pioneering International/European Chainsaw Certification (ICC/ECC) scheme and International on-line skills register were established. Successful European & International chainsaw operator skills continue to be registered on a regular basis along with qualified LOLER inspectors. The latest version of the chainsaw standards will be demonstrated & tested by vocational education & training experts at the next ABA International Workshop & Meeting. This will be hosted by the University of Copenhagen in Denmark 9-11th September and is open to all interested parties.

ABA International continues to support the development of the recent successful Leonardo European LOLER qualifications. Work continues beyond the project aimed at improving safety in work at heights.

Three new candidates recently undertook the Level 1 Equipment Inspection examination held in Czech Republic representing Latvia, UK & Denmark. Under observation by a number of international instructors the candidates (rope access climbers / instructors) were assessed individually by ABA accredited assessors from the UK. After some tense decision making moments all candidates were successful and have now been added to the international skills register. Evaluation given by the candidates was very positive on the high standards of assessment & the quality of knowledge and expertise shown by the examiners during post-exam feedback. 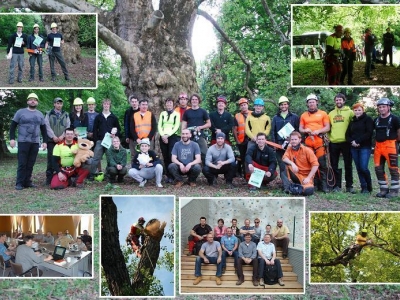 Background to the ICC & ECC 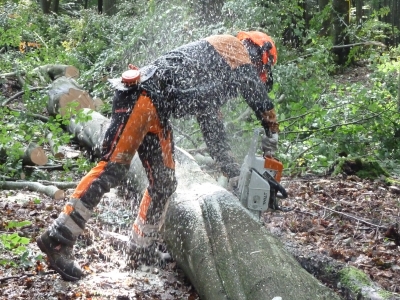 ABA in association with the University of Mendel and highly skilled international arborist instructors are pleased to announce that the next skills exhibition and open event will take place during early May 2014. This event is open to anyone with an interest in arborists skills and will take place near the beautiful city of Brno in Czech Republic.

Key features will include practical training demonstrations in arborist techniques by experienced international instructors, tree climbing and aerial rescue methods, aerial use of a chainsaw, pruning and tree rigging methods, use of a mobile platform in tree care operations and much more. Tree climbing competitions will be held and demonstrations in innovative non-destructive techniques for equipment examination are amongst other activities planned for the event. 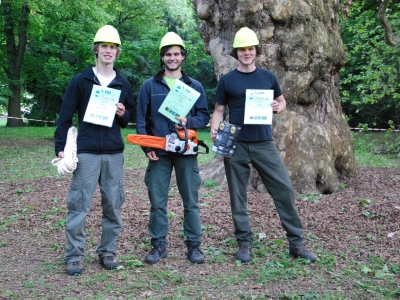